One of the Cape's oldest and most celebrated farms, De Grendel takes its name from the Dutch word for "gate". The farm used to be the gateway through which travellers headed to points north would depart Cape Town. One of South Africa's most prominent politicians and businessmen at the time, Sir David Graaff, purchased the farm in the 1890s. The vineyards and winery are now managed by Sir David's great grandson, De Villiers.

The closest winery to the city centre, De Grendel benefits from cool ocean breezes making its terroir well-suited to Sauvignon Blanc and Pinot Noir, among others. 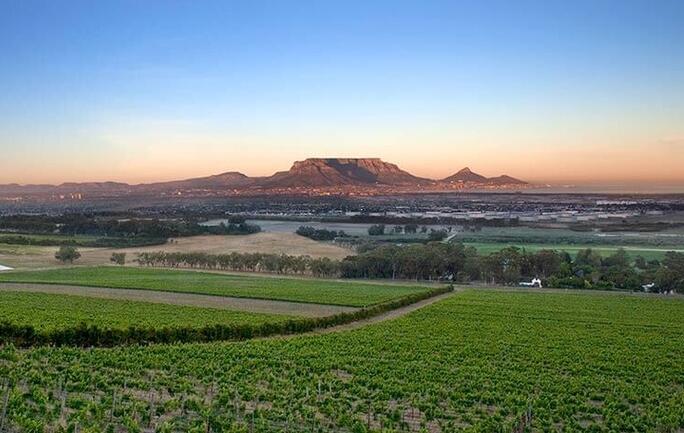 This Pinot Noir is grown on the Graaff family farm high in the continental climate of the Witzenberg mountains on the Ceres Plateau. The farm is 960... read more...

The Rubaiyat is De Grendel’s flagship wine, first made in 2006 when cellar master Charles Hopkins was asked by Sir David Graaff to make an... read more...

The wine is inspired by fond memories of the Almond Orchard through which the young Sir De Villiers Graaff would go horse riding with his... read more...

This crisp, grassy Sauvignon Blanc is named after the coach house ("koetshuis" in Afrikaans) where wagons were kept on the farm in days... read more...

This Merlot has a gem-like ruby color and reveals a delicate array of red, black and blue berry aromas followed by alluring aniseed, cedar and... read more...

Pale straw in color with youthful lime green flashes around the edges, aromas of grapefruit, guava, and granadilla are underscored by rich, balanced... read more...