Casa Monte Pio was founded in 1979 by Jose María Martinez; now his grandson Pablo Martinez carries the family tradition as the owner and winemaker. Pablo’s passion lies in the vineyard – he realized this after a brief career in accounting. Upon his return to the wine industry, he has dedicated himself to organic viticulture and craft wine production. His vineyards are located within walking distance to their family home, located in the heart of the Val do Salnés near the Rio Umia. Vineyards are literally planted next to the sea. Thanks to the small plots, typical smallholdings (minifundios) of the Galician landscape. Thanks to the way they train the vineyards, aiming to avoid the soil’s moisture Appearance: bright and yellow-straw in color with green highlights. Nose: highlights the aromas of the variety with hints of citrus and marine notes. Taste: straight and fresh. Vibrant acidity, with a prominent of saltiness and mineral touches.


Field Vineyard: Own vineyard Density per HA: 1.500 vines Conduction of the vineyard: Trained vine Vineyard’s average age: 25 years Height above sea level: 15 m Climate: Atlantic climate with regular temperatures throughout the year (15 oC aprox.) and abundant precipitation. Terroir: Sandy with great minerality. Meteorology Very warm year, with an average temperature +1 o C above the expected climatic value. About precipitation, it was slightly dry year, with a percentage 5% lower than normal. The month of July stood out, which was extremely dry, almost reaching of water stress. Galicia is located in the north west of Spain, just above Portugal. It borders the rest of the country through mountain ranges with rounded peaks. It is a land of green mountains, abundant water, numerous rivers and difficult access coasts. Everything is around the see. Traditionally agriculture, ranching industry and fisheries. Emigration (gallego synonymous with SPANISH in South America)

D.O. Rías Baixas is a little appellation founded in 1988. It is divided into 5 subareas. From north to south: Ribeira do Ulla, Val do Salnés, Soutomaior, Condado do Tea and O Rosal. Minifundio: total hectares 4.061 divided in 21.825 plots Albariño is the most important variety but we also have 13 more natives varieties, 6 whites: Albariño, Loureira blanca, Treixadura, Caiño blanco, Torrontés and Godello; and 8 reds: Caiño tinto, Castañal, Espadeiro, Loureira tinta, Sousón, Mencía, Brancellao y Pedral Val do Salnés: it is a valley where is concentrated more than 60% of the annual grape production. The main characteristic is that they are wines with greater acidity and salinity. 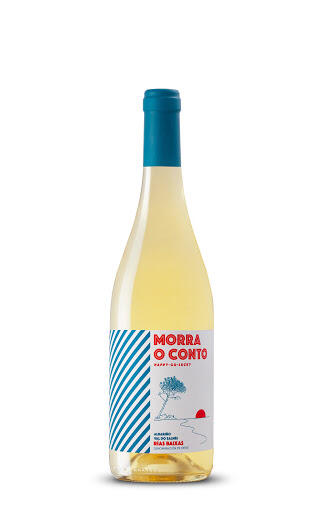